Just Because You Write about Posthumanism Doesn’t Mean You Aren’t a Liberal Humanist: An Interview with Gary Hall 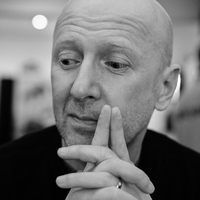 Just Because You Write about Posthumanism Doesn’t Mean You Aren’t a Liberal Humanist: An Interview with Gary Hall

In this follow-up interview to his keynote lecture at the MeCCSA-PGN 2015 Conference in Coventry, Gary Hall discusses the processes of neoliberal subjectivation and the metricisation of the academy. Arguing that most media, communication and cultural studies critique tends to focus on the new, self-governing and self-exploitative subjects academics and students are transforming into rather than the scholarly subjectivities they are changing from, Hall maintains that both the new neoliberal model (associated with corporate social and mobile media) and the liberal humanist model (associated with conventional print-on-paper publishing) are involved in the subordination of scholarly agency and consciousness to the pre-programmed, controllable patterns of the capitalist culture industries. Taking in some of the open access initiatives with which he’s involved, the interview addresses both Hall’s account of the processes of neoliberalisation and his experiments with radically different ways of working and thinking as a media theorist and philosopher.

This site uses Akismet to reduce spam. Learn how your comment data is processed.

Media Representations of Islam and Muslims

Neoliberalism in the Anglophone World

Parenting for a Digital Future
CommunicationbLAWg

One Entry to Research